Global adventure rider Dan Skeats is not just an adventurer he has a masters in Positive Psychology. So I took the opportunity to chat with Dan about what it takes to not just think up the type of adventure you want to experience, and what goes through the mind of someone who chooses to do such awesome adventures. We delve into what inspires you? What were you thinking to conceive such a grand adventure? What does it take to make it happen? And then go and do it again on another continent! He also shares how the concept of  “Cool To Be Kind” come to life; his work with homeless people and what inspired Dan to give global adventuring on two wheels a go. How do you prepare for such a huge adventure? Stay with us to the end and find out where Dan is planning to go next!

Dan is also the founder of ‘Cool To Be Kind’ helping homeless people off the streets.

In his interview, you can learn more about what drives him. 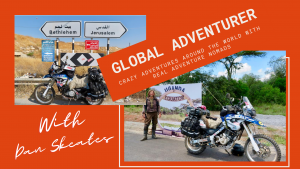 How The Adventure Began…

“I never wanted to be that guy that sits at the local pub talking about his dreams of being a global adventurer. So when I say I will do something, I do it” Says Dan. “And I am still doing it”,

Stay tuned for the next adventure in 2022.

Planning For The Adventure

Having grown up in rural Essex (yes it does exist), after leaving school he started his own business, sold it five years later, and spent the following 20 years working in the corporate world, both creating and implementing strategic policy, always surpassing expectations. Five years ago he again started his own business, this time business consultancy. As if that wasn’t challenging enough he has just finished a psychology degree.

As I chat with Dan I asked him how do you plan for such a trip?

At the time he decided to do the first big ride from England to Australia he still had children at home so he wanted to make sure I took care of them first. So for five years, he had to trickle feed that fact that he had decided to do a big adventure and it would take him a while to do it, and made sure his family were ready for the change. The first trip was from England to Australia where I first met Dan on the last leg of his trip.

As he arrived in Australia, Dan struggled with the last part of his grand adventure because it was almost over. This is something we totally forget to do. Making sure you can adjust to the end of something that has become such a huge part of your life.

As Dan explained in the interview goals were a big part of his life but planning the next goal after the trip became a struggle.

Be Big On Setting Goals

He sets the goal then he plans it out and with global adventures theirs a lot to take into account.

Dan says he has always been goal-oriented, which has enabled him to realise his dreams. Travel has always been a major part of his life, and in 2014 he rode a motorbike from London to Sydney, Australia, passing overland through 37 countries.

In this interview, Dan acknowledges both the highs and lows of his life and feels that all of his experiences have brought him to an understanding of who he is, which drives his goal-oriented behaviour and quest for increased wellbeing.

Dan talks about his planning process and the length of time he gave himself to prepare for the first big journey that went for a few years. How he did the planning and mentally prepared the people around him for the change, his family and friends. Planning for the physical part of the journey, border crossings and gear, accommodation, visa’s back up plans there is a lot to take into account for. What he learned on his adventure is that he planned what he could, but he didn’t plan for how he would deal with his mental health.

Here what he has to say about mental health as an expert and one who as experienced it in our youtube video interview with Dan.

When you plan such a big trip from England to Australia you have to first make a commitment to yourself and others. This commitment will ring true to you when you say it out loud and start talking about it, by saying what your adventure looks like. And then seeing other peoples reactions. Because the adventure is not just about you it’s about the people close to you too. They will definitely have something to say about it.

You have to find a way to make money while on the journey and in Dan’s case he was a writer so he wrote for a magazine. Once you made the commitment to yourself first and the people close to you there is generally something of a purpose that drives it.

Then do pre-planning, when you have a family involved like me I had to get them ready for the change coming, make sure they were old enough to deal with the change and they were set up. Dan talks about how he planned what he could but what he learnt along the way you just can plan for and you have to learn to deal with it as it occurs. Being flexible was a good trait, but what do you do when your purpose that is the driving force starts to come to an end? Then what?

Elite athletes have this issue too. Finding the next big challenge and finding a purpose. What’s important about achieving or taking on the adventure? These are questions only you can answer but when you prepare so hard for something and then it becomes part of your life how do you find your new purpose? 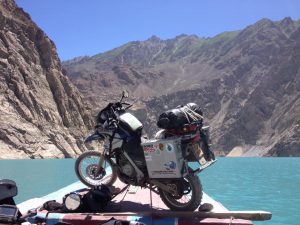 Through solo travel, you discover a lot about yourself. Travel helps you to explore what is important to you

and the world around you becomes smaller and more familiar as you begin to understand more about your place within it.

Dan Skeates is a father, adventure traveller, co-founder of ‘Cool to be Kind’ and business consultant currently riding a motorbike from North Cape to South Cape, the top of Europe to the bottom of Africa.

If you met Dan and asked him “what is his favourite place to travel” he will usually respond by saying something about ‘the people’ first.

“It’s all about the people”

People have always been important to Dan, family and friends are at the heart of his life. Upon returning from travel four years ago, Dan and four friends founded a community group called Cool to be Kind, supporting homeless people. Dan’s previous overland adventure was called ‘Destination Unknown’, his current adventure is called ‘One Cool Ride’, to raise awareness of homelessness as he travels.

While he travels, he writes articles for motorbike and travel magazines and gives talks to inspire people to achieve their dreams. He’s a life coach and someone who knows first-hand what it takes to begin and take on such big global adventures and how to make your dreams come true. 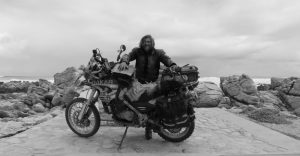 If you ever meet Dan you will find Dan smiles a lot that’s part of who he is.

Make sure you connect with Danon social. If you are looking for your life purpose and need some guidance Dan is your man to see. Connect with him on Facebook, Instagram and see his YouTube channel. You will currently find him in the United Kingdom planning and getting ready for his next adventure to South America on the same bike. 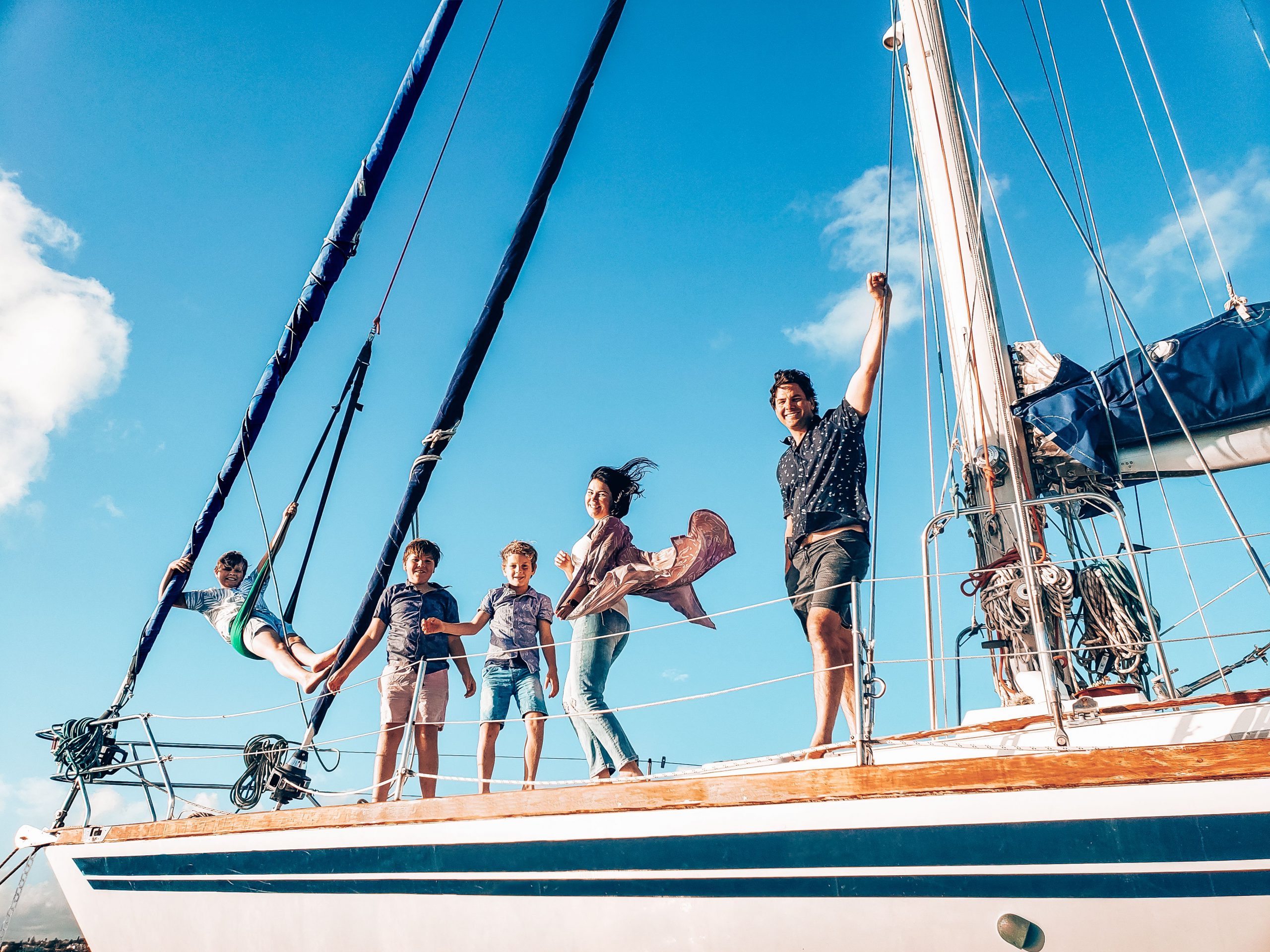 A Documentary Changed the Course of Our Lives: Our Life As a World Sailing Nomad Family